The Wolves of Deep Brooklyn

"The Wolves of Deep Brooklyn"

"The Wolves of Deep Brooklyn" is the twelfth episode of Forever. It aired on January 6, 2015.

"Greed is definitely not good when Henry and Jo investigate the murder of a young financial investment phenom from humble beginnings who turns up dead near the East River. Coincidently, he also happens to be the son of one of Abe's wartime Army buddies. Henry's first case back on the job after a leave to recover from killing a man has Jo and Lt. Reese keeping him under observation out of an abundance of concern. Meanwhile, unbeknownst to Henry, Abe decides to play detective with his Army buddies to solve the murder with surprising results. In a touching flashback, Henry recalls his anxiety over letting a 17-year-old Abe go to Vietnam after he is recruited by the Army."[1]

We find out how devoted Jo is to Henry in that episode, as she doesn't speak a word to Lt. Reece about his suicidal instincts.

Jo and Henry share a tender moment at the end of the episode, as he confesses he never intended to kill Clark Walker [ep 11] 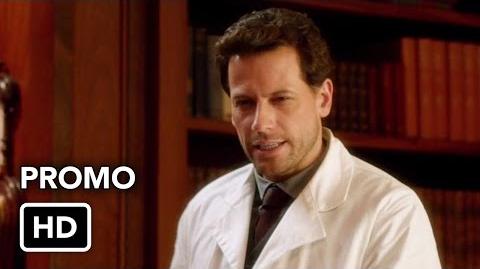