"Skinny Dipper" is the eleventh episode and mid-season finale of Forever. It aired on December 9, 2014.

"When a taxi cab driver is killed with an antique sword, it is just the start of the tangled web the anonymous caller weaves to draw Henry under his influence. But what is "Adam" really after? After a second victim is murdered, "Adam" attempts to frame Henry for the crime. Can Henry trust Jo to tell her the truth? Or is it time for Henry and Abe to leave town? Just as they get ready to flee, Henry attempts to exact revenge on "Adam," which culminates in the shocking revelation about the true identity of Henry's secret stalker."[1]

The "Oxford University" diploma on the office wall of "Lewis Farber" is actually a doctored Dartmouth diploma...the signature of Orvil E. Dryfoos,a former publisher of the New York Times who was a Dartmouth trustee before his death in 1963,is clearly legible.A real Oxford diploma would say "University of Oxford".

Henry kills a man (who he thought was Adam) for the first time in 200 years. In self-defense. 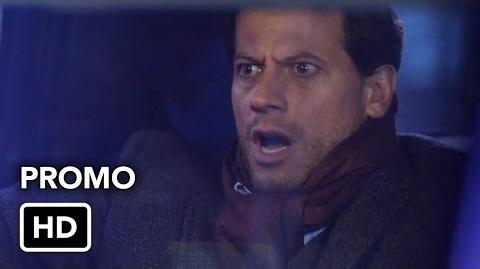 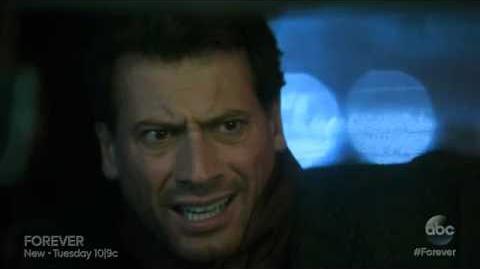