"Dead Men Tell Long Tales" is the eighteenth episode of Forever. It aired on March 24, 2014.

"When the owner of a treasure hunting salvage company is murdered, the investigation leads Henry and Jo on a chase to find the missing ship's gold and the killer, but they unearth a lot more than they bargained for. Ironically, the ship is the one where Henry was first killed. Meanwhile, Jo discovers romance as she is pursued by the handsome, charming Isaac Monroe, a very wealthy entrepreneur who is initially thought to be a person of interest in the crime. Their mutual attraction and chemistry is undeniable. What will happen between one of New York's most eligible bachelors and the street smart detective who is trying to move past her beloved husband's death? Finally, Adam reappears to offer his take on how Henry and he can finally rid of themselves of their curse."[1] 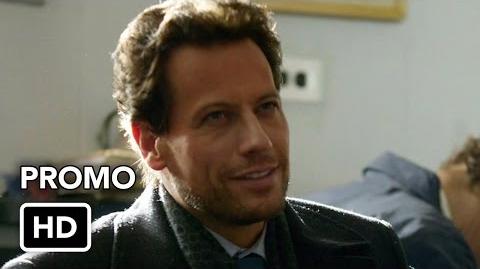 Retrieved from "https://forever.fandom.com/wiki/Dead_Men_Tell_Long_Tales?oldid=8239"
Community content is available under CC-BY-SA unless otherwise noted.