"The Last Death of Henry Morgan"

Abraham "Abe" Morgan is the adoptive son and also best friend of Dr. Henry Morgan, and the only one, besides Adam, who knows his secret.

No one knows Dr. Henry Morgan better than his son and confidant, Abe. The keeper of Henry's immortality secret, As seen on episode "Pilot" Henry saved him from the Nazi concentration camps while he was a doctor[ep 1]. Abe's "carpe diem" philosophy inspires Henry to get more in touch with the beauty of living. Abe is not immortal but he is determined to make the most out of every moment of life. Abe balances running an antique shop in Lower Manhattan with a very active social life— something he encourages Henry to try. Through the course of the series, we find that Abe not only knows Henry's precious secret, but has a special way into Henry's troubled past. He attempts all he can to make Henry live a normal life, too, so as to keep him from feeling like he has to move every small number of years to avoid the pain of loss of people or having anyone find out about his secret of eternal life.

Abraham's real family name is Weinraub. Henry and Abigail found him together as an infant in a quickly abandoned concentration camp what was a war-zone moments before.[ep 1] Together, they chose to take care of him and got married soon after[ep 15]. In 1957, Abe kissed a girl Fawn Mahoney for the first time and told his friend Lyle Ames about it. However they were forced to move the next day.[ep 10] In 1965, Abe was then drafted into the US army. Abe accepted it against Henry's wishes, but was allowed to. During his time he became friends with Marco Fox and Jerry Charters.[ep 12]

Little is known about Abraham's original parents to anyone alive today, but since the discovery of his last name - through the influence of Adam, who left a package containing a long lost ledger entitled "Deutsches Reich", full of names, dates, tattooed serial numbers and other valuable but hitherto lost information - Abraham discovered the names of his biological parents.

The same day, Abraham and Henry went to a historical archive to discover that there were remnants of people who went by the name of Weinraub. An old box the size of a shoebox contained, possibly among other things, a photograph of Abraham's parents at their wedding, upon which he remarked, "Well, I guess I know now where I get my good looks."[ep 14]

Upon searching through his family tree, Abraham found out that he was distantly related to his adoptive father through Henry's uncle, Dennis Longworth. Longworth sired a child out of wedlock, and his line at some point merged with Abraham's. Henry pronounced Dennis a "cad and a scoundrel who was killed in a duel" but both he and Abraham were happy to have learned of the connection.[ep 15] 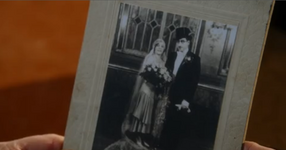 Abe holding an old photo of his biological parents. 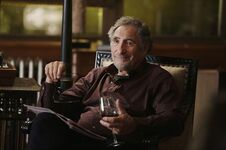 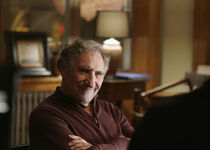 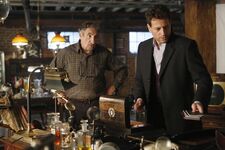 Henry and Abe in Henry's study, talking about moving. 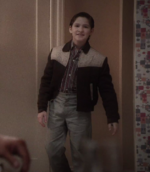 Younger abe, the age he was when he learnt about Jazz music. 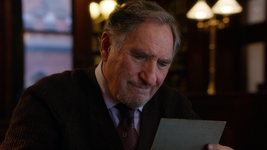 Abe looking at the photograph of his biological parents, seeing them for the first time. 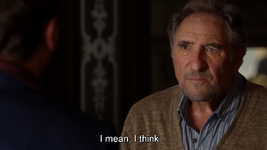 Henry and Abe in conversation about moving. 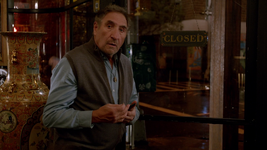 Abe closing the shop to corner the thief of his horse statuette. 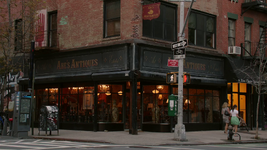 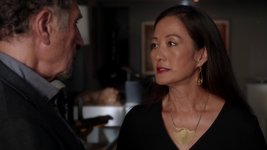 Abe talking to "The Frenchman". 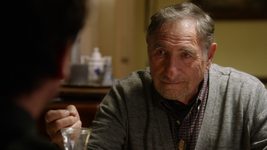 Abe talking to Henry about his parentage. 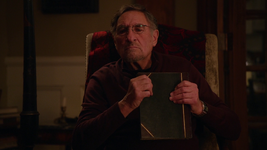 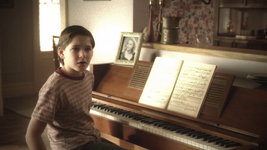